1st day: Arrival in the area of TAORMINA and accommodation in Hotel, dinner and overnight in Hotel.

2nd day: After breakfast departure for half day excursion to Mount ETNA. It is maybe considered the most important vulcanologic area in Europe, formed by a very large area and by narrow paths that penetrate into the ancient and newest flows. Free time at disposal and then continuation to Taormina. Dinner and overnight in Hotel.

3rd day: After breakfast departure to SIRACUSA. Half Day guided visit of the city that between the VI and V century b.C. was the richest and most powerful Greek colony all over Sicily. The ancient Greek theatre is certainly the most fascinating highlight of the city. Free lunch and time at disposal for a tour of the town. In the afternoon return to the Hotel for dinner. Overnight.

4th day: Breakfast in Hotel and departure to PALERMO. During the trip brief stop in CEFALU’ for a visit. Continuation to Palermo and accommodation in Hotel. Diner and overnight.

5th day: After breakfast in Hotel, appointment with our local guide for whole day guided visit of PALERMO and MONREALE. Palermo, during the centuries, has been the main city for many peoples of different origins and traditions and for this reason nowadays it has the largest ancient centre amongst the towns of all Europe with examples coming from the most different cultures: the Normans, by whom today the city keeps the famous Palazzo dei Normanni, that includes the magnificent Cappella Palatina; the Arabs, that left their influence with the oriental ornaments and the mosaics of the main churches and cathedrals; the Spanish, with their rich and magnificent baroque style. Monreale, on the contrary, famous for its Cathedral, architectural masterpiece of the Norman period with its walls wholly covered by beautiful Byzantine mosaics. Free time at disposal for shopping and a tour for the historical centre. In the afternoon return to the Hotel for dinner. Overnight.

6th day: After breakfast, departure for half day excursion to the very famous “Temples Valley” in AGRIGENTO; it is formed by a group of temple dedicated to the gods of the Ancient Greece, the Archaeological Museum, represents today one the biggest area of architectonic ruins of the Classic Period. Free time at disposal for a tour and in the afternoon return to the hotel. Dinner and overnight.

7th day: After breakfast departure and end of our services. 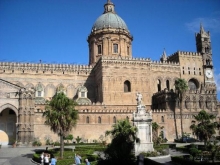 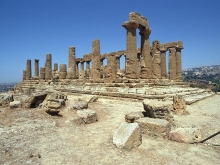 The package includes the following services:

This is just an example of tour that on request may be adjusted for both the duration and for services to be included. For accommodation we can offer hotels in all categories.

Use this form to contact us and/or receive more information. Fill in the obligatory fields (*) and specify your request. Our operator will respond in the shortest time possible.

Fields marked with an asterisk (*) are required

Would you like to receive our exclusive special offers or to be updated regularly on news and events? Register for our free newsletter!

A tour to discover the real Sardinia ... Continue

The Eternal Town and the Land of the Sirens ... Continue

Trieste and the Miramare Castle

Trieste the most Central European town of Italy.... Continue

The three islands in the Tyrrhenian Sea so different but with their special... Continue

In the heart of Tuscany

With this trip we want to bring in the real Tuscany. Continue

From the heart of Italian culture to the green hills of Umbria... Continue

SOUTH TYROL .... Unique with its mountains and its beautiful nature Continue

Naples unique city rich in history and the Royal Palace of Caserta with its... Continue

Calabria, we take you to discover this wonderful land quiet unknown.